to the Catholic Parish of
The Blessed Sacrament

A very warm welcome to the Catholic parish of The Blessed Sacrament in the City of Chelmsford Essex. Our parish is part of the Mid-Essex Deanery in the Diocese of Brentwood.

I hope that you find our website informative and I look forward to welcoming you to our parish very soon.

We will regularly keep the website updated so please do check back regularly.

In the evening of that same day, the first day of the week, the doors were closed in the room where the disciples were, for fear of the Jews. Jesus came and stood among them. He said to them, “Peace be with you,” and showed them his hands and his side. The disciples were filled with joy when they saw the Lord, and he said to them again, “Peace be with you. As the Father sent me, so am I sending you.” After saying this he breathed on them and said: “Receive the Holy Spirit. For those whose sins you forgive, they are forgiven; for those whose sins you retain, they are retained.” Thomas, called the Twin, who was one of the Twelve, was not with them when Jesus came. When the disciples said, “We have seen the Lord,” he answered, “Unless I see the holes that the nails made in his hands and can put my finger into the holes they made, and unless I can put my hand into his side, I refuse to believe.” Eight days later the disciples were in the house again and Thomas was with them. The doors were closed, but Jesus came in and stood among them. “Peace be with you,” he said. Then he spoke to Thomas, “Put your finger here; look, here are my hands. Give me your hand; put it into my side. Doubt no longer but believe.” Thomas replied, “My Lord and my God!” Jesus said to him, “You believe because you can see me. Happy are those who have not seen and yet believe.” There were many other signs that Jesus worked and the disciples saw, but they are not recorded in this book. These are recorded so that you may believe that Jesus is the Christ, the Son of God, and that believing this you may have life through his name.

Two aspects of this meeting of the disciples with Jesus are especially striking. This is the last scene of the gospel of John, for chapter 21 is an appendix added later. At the end of this gospel, before the concluding reflection, Thomas gives the only direct acclamation in the New Testament of Jesus as God. Nowhere else is Jesus directly hailed as ‘God’, though there are other ways in which readers come to recognise Jesus as God. So, in a way, this acclamation of the Risen Christ is the climax of the New Testament. Secondly, it is striking that Jesus’ final blessing is of peace and forgiveness. The mission of all Christians is
to bring peace and forgiveness to a troubled world. Throughout the Bible God is a God of forgiveness. The Old Testament consists of a series of covenants of forgiveness, each in turn broken by God’s chosen people: the covenant with Noah after the Flood, the covenant with Abraham, the covenant with Moses after the worship of the Golden Calf, finally the new covenant promised by Jeremiah when unfaithful Israel is exiled to Babylon. Christianity is not for the perfect but for sinners. Forgiven sinners must bring forgiveness to all those around them.

How can you bring Jesus’ blessing of peace and forgiveness to the world around you?

Chelmsford Food Bank are in need of the following items.

They thank you for your encouragement and continued generosity though the last five months.

Daily live streamed Mass, up to date news and a special message from Monsignor Keith Newton can be found on the website of The Ordinariate of Our Lady of Walsingham https://www.ordinariate.org.uk/ 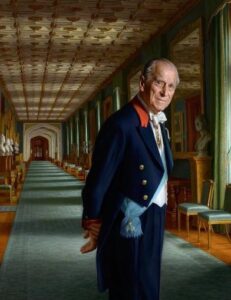 We thank God for the life of His Royal Highness the Prince Philip, Duke of Edinburgh, and offer our sincere condolences to Her Majesty the Queen and all the Royal Family on learning of the sad news of his death.
May he rest in peace.

In the menu bar above under latest news you will find:-

THANK YOU TO OUR PARISHIONERS

Fr Paul and all the stewards would like to say a very big thank you, to you the parishioners, for your patience, support and understanding regarding the COVID regulations that we are all following at our church. This was especially noticeable over the Easter Triduum when our congregation numbers increased.

A huge thank you to Hazel for our wonderful Easter flowers. The church looks magnificent. Also, thank you to everyone who donated money towards our Easter lillies. 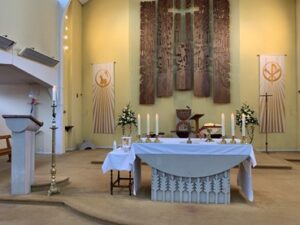 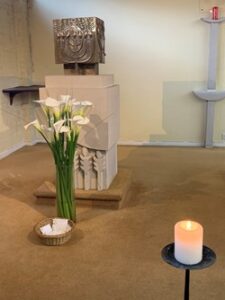 Prayer for our NHS 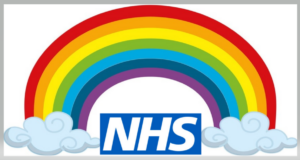 We pray for NHS nurses, doctors and all staff that support them in this time of great difficulty.

We give you thanks for all the hard work they do.

Keep them, and all they look after and hold dear, safe in your loving care.

For the sake of your Son, Our Lord Jesus Christ, who lives and reigns with you,

In the unity of the Holy Spirit, One God forever and ever,

We are all made in the “image and likeness of God.” Given this clear truth of faith, all abuse, always and everywhere, is wrong.  It is a serious crime. We will do all that we can to eradicate it and to support anyone who is, or has been, a survivor of abuse, whether as a child or vulnerable adult.

We do this inspired by the love and compassion of Jesus Christ and following the Safeguarding principles and policies of the Diocese of Brentwood.  These are based on statutory guidelines and policies, which inform national guidance within the Catholic Church in England and Wales.

If you know or believe that a child or vulnerable adult is in danger of being abused, or is subject to abuse, then immediately dial 999 for the police, who will help you.

If you want to talk about an allegation of abuse, or if you are a survivor of historic abuse and want to talk about it with someone who will listen with sensitivity and care, then please contact our parish safeguarding representative Irene Zeller or speak with Fr Paul; any of them will help you.  An email or phone call to the parish office where you simply say you want to speak confidentially will ensure you are swiftly linked to the right person.

You can also phone the national “safe space” helpline on 0300 303 1056.  This is a dedicated helpline for anyone who has been a victim of abuse in a Catholic or Church of England faith setting (church, school, or anywhere else run by the church).  You will find more information at https://www.safespacesenglandandwales.org.uk/

Our diocesan Safeguarding Coordinator, Simon Moules will also help in any possible way and he can be contacted on simon@dioceseofbrentwood.org

The key principles guiding Safeguarding in this Diocese are:

‘As Catholics we believe that human life is sacred because from its beginning it involves the creative act of God and it remains forever in a special relationship with Him.  Accordingly, we recognise that each human being, irrespective of age or circumstance, should be accorded the dignity and respect due to a child of God.

The Church as a community has a duty to follow the command to love by valuing and protecting the vulnerable.  Children are the most vulnerable and have the greatest entitlement to protection.

The diocese confirms that in matters of the alleged abuse of children the ‘Paramount Principle’ will be maintained, that is the welfare of the child is the paramount consideration in all matters concerning the protection of children. Legally, someone is defined as a child up to his/her 18th birthday.’

With the services starting at the church we would be grateful if those that paid weekly by cash could consider setting up a payment by using their Internet Banking.

Alternatively, for those that do not have internet banking can set up a monthly Standing Order with your Bank and use the above Bank details or collect the Standing Order form from the porch or request one by email.

Please put your name/envelope number as a reference and let me know if you have changed to either method.

If you are new to the Parish and are a Taxpayer and would like to join the scheme, please collect a form or contact  me on 01245261302 or email greg@god.co.uk

Any cookies that may not be particularly necessary for the website to function and is used specifically to collect user personal data via analytics, ads, other embedded contents are termed as non-necessary cookies. It is mandatory to procure user consent prior to running these cookies on your website.

WE ARE STILL OPEN

THE RULES AND REGULATIONS

TO KEEP EVERYONE SAFE

The Blessed Sacrament Church Rules and Regulations for Attending Mass

With 1 Metre distancing and Face masks as compulsory we have a capacity of 98 people in our church.

In order to be COVID-19 secure and maintain 1 metre + distance; face coverings are compulsory for adults and children other than babies in arms except when receiving Holy Communion.

NO MASK = NO MASS

THE SUNDAY OBLIGATION REMAINS SUSPENDED, SO THEREFORE YOU CAN ATTEND MASS ON ANY DAY PROVIDED, THERE IS A PUBISHED MASS FOR THAT DAY.

THE ENTIRE CHURCH HAS BEEN ANALYSED IN DETAIL AND RE-LAID IN ANTICIPATION OF COVID-19 REQUIREMENTS.

This starts when we recite the ‘Invitation Prayer’:  “Behold the Lamb of God … Lord I am not worthy”.  Fr Paul will then hold up the Host to the Congregation and say audibly, “The Body of Christ”, to which we should all respond, “Amen.”  In the same way, he elevates the Chalice and says, “The Blood of Christ” and again we respond, “Amen”.

The next section is in italics for your comfort and information only, as it explains the process we will follow to ensure that you are safe to receive Communion.

Fr Paul will be the ONLY person to receive Holy Communion under BOTH kinds using his own Host and Chalice.  He will then sanitise his hands with alcohol gel before opening the pre-prepared ciborium for the Communion of the people.

An Extra-Ordinary Minister of Holy Communion wearing a protective mask will approach the altar, sterilise their hands and receive Communion under ONE kind only from Fr Paul using the people’s ciborium.

Father Paul will place the ciborium on the altar and move back to his seat.  The Minister will sterilise their hands for a second time before taking the ciborium to distribute the sacrament.

Father Paul is available for Confessions.  Please ring 01245 354256 for an appointment.

THANK YOU FOR YOUR CO-OPERATION AND UNDERSTANDING IN THESE UNUSUAL TIMES. PLEASE BE PATIENT AS THINGS MAY BE SLOWER THAN NORMAL.